Proper management of fecal sludge is a critical challenge for a large city like Rangpur, where only 15% of sludge is safely managed. Untreated fecal waste is one of the pollutants harming the environment, including the lifeline of the city, the Shyama Sundari canal. Implementing the fecal sludge management action plan through engaging all stakeholders is crucial for the city for environmental sustainability. 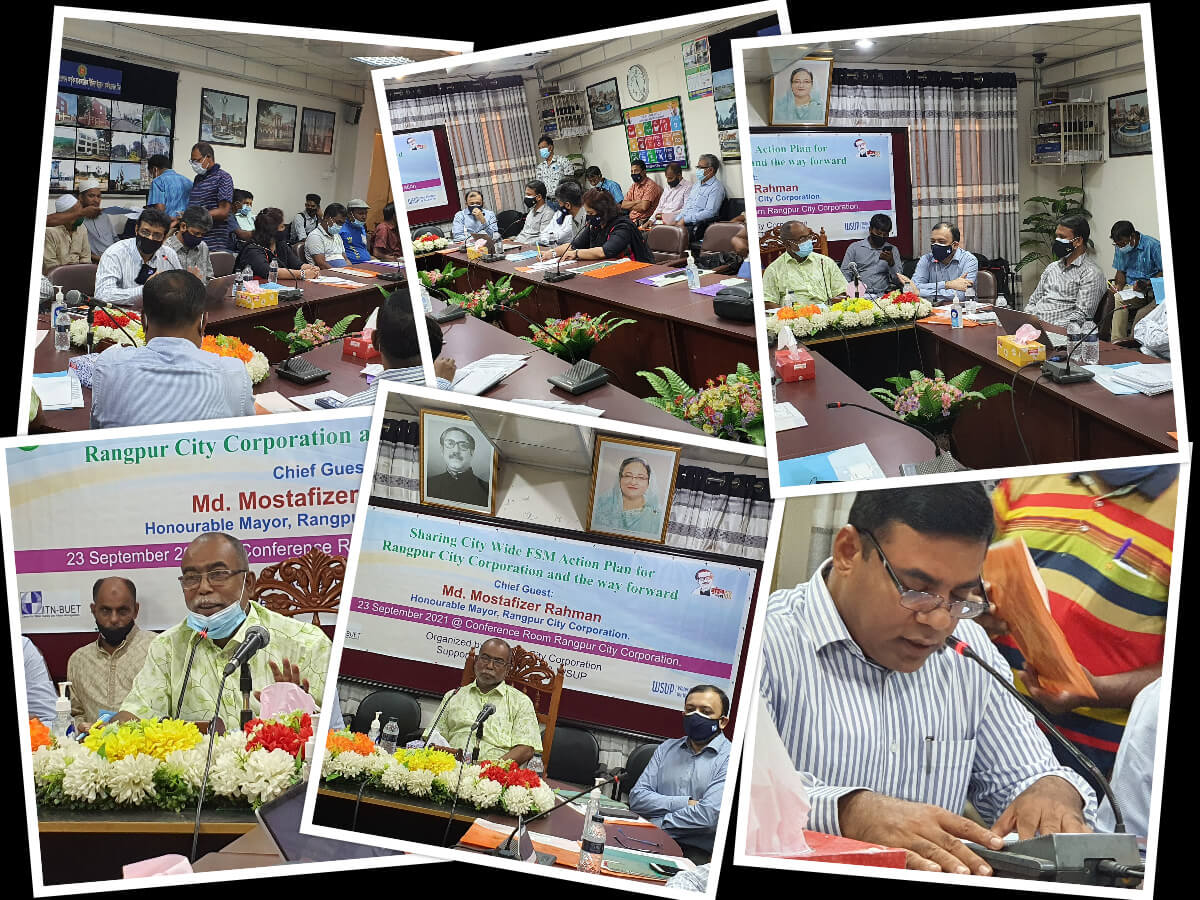 All the steps of the FSM Action Plan are inter-linked, and the City Corporation must own the actions and implement those in association with relevant stakeholders to make the city clean and green, underscored Mr. Md. Mostafizur Rahman, the Mayor of Rangpur City Corporation. Mr. Ruhul Amin Miah, CEO of RpCC and workshop Chair, highlighted that we have a national and global obligation to implement sustainable FSM.

Dr. Muhammad Ashraf Ali, Professor of the Department of Civil Engineering, BUET, and team lead for preparing the FSM Action Plan, briefed it in the presence of all relevant stakeholders. Dr. Ali noted that the population of the city will be more than 1.2 million by 2030, who will require safely managed sanitation services following the NAP for IRF-FSM and achieve the SDG 6.2 target. He pointed out that the RpCC has larger roads accessible for big and medium-sized vacuum tankers for desludging. He said that the action plan comprises ‘specific’ and ‘time-bound’ actions on all the aspects of FSM to achieve “safely managed sanitation for all” by 2030. Dr. Ali asserted that a wide range of technological options had been proposed to cover the entire landscape of the city area, including core, peri-urban, low-income settlement, and slum areas. The plan has actions for engaging mass people, political leaders, government agencies, and development partners (DPs) under the leadership of the City Corporation. Mr. Habibur Rahman, Sanitation Lead of WSUP expressed interest to support RpCC in preparing project proposal to implement the action plan.