Step ahead towards CWIS Mentor Cities 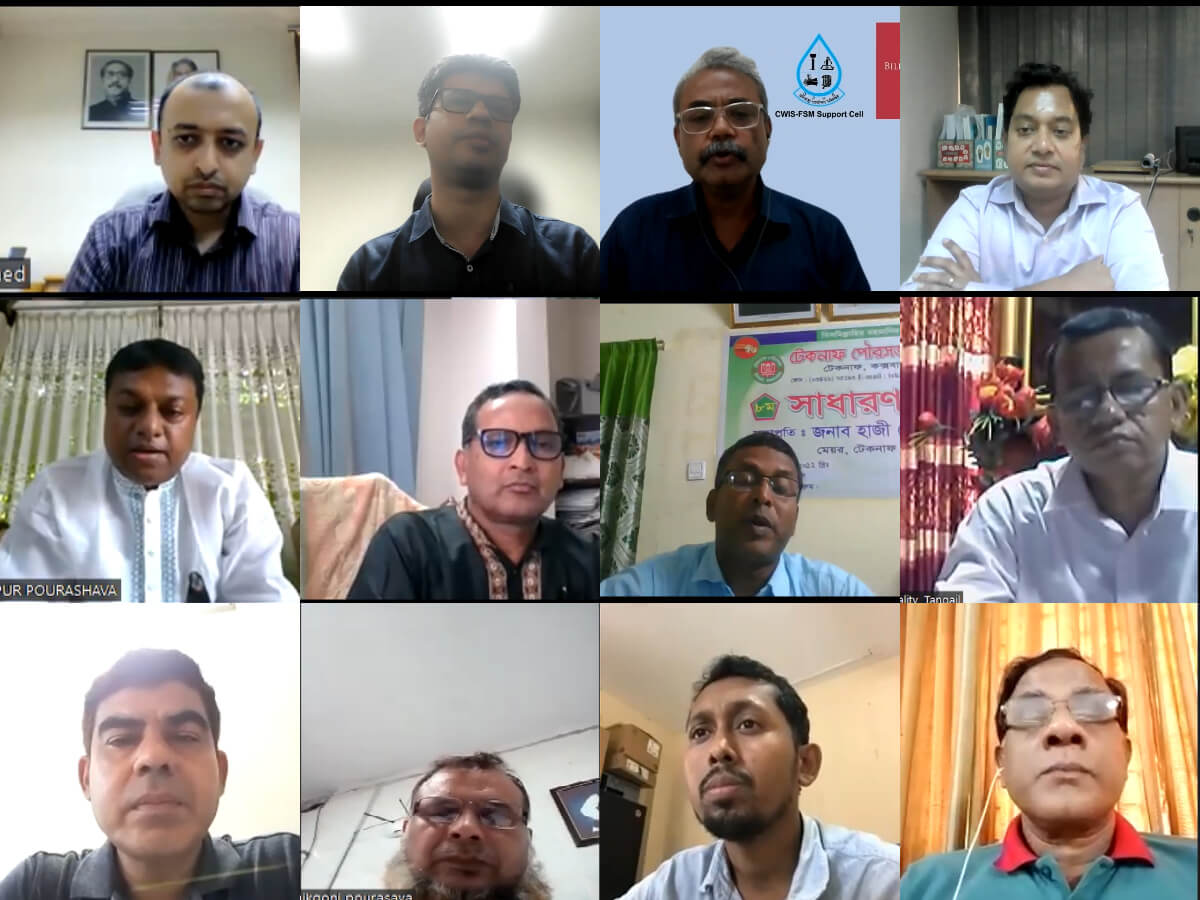 Several cities in Bangladesh are leading the safely managed sanitation movement in the country and have the potential to become mentors for Citywide Inclusive Sanitation (CWIS). ITN-BUET, along with its partners (CFSC, DPHE, WAB, Practical Action, SNV, WSUP, ICERC, BRAC), aim to support those in this regard. These cities will act as learning hubs to build the capacity of other cities through different learning-sharing programs. An indicator-based data collection tool was developed following the CWIS 3´2 matrix to assess the potentiality of cities to become mentors. The tool has been shared with the cities for their input.

Under this backdrop, ITN-BUET organized an online orientation workshop on 17th August 2022 to orient the cities on City-Wide Inclusive Sanitation (CWIS) and discuss the tool and associated queries in detail. Representatives and relevant officials from 12 potential mentor cities, namely Lakshmipur, Faridpur, Meherpur, Saidpur, Shakhipur, Kushtia, Jhenaidah, Jamalpur, Rangpur, Manikganj, Tarabo, and Teknaf, were present at the event. Dr. Tanvir Ahmed, Director of ITN-BUET, shared a keynote presentation on CWIS and briefly described the concept of mentor cities. He emphasized that ITN-BUET and sector partners will strongly support the cities to become successful mentor cities and share their success stories on national and international platforms.

Mr. Alauddin Ahmed, Project Manager of ITN-BUET, further discussed the indicators and areas focusing on data collection from cities and briefly highlighted the evaluation process through a short presentation. After the presentation, there was an open discussion session. Several questions and queries made by the participants were addressed by Mr. Imtiaz Sharif, Training Specialist of ITN-BUET, during this session. The city authorities welcomed the idea of the CWIS mentor city and expressed a strong will to do the needful to become one. City Mayors also suggested such initiatives for all other cities in the country. Mr. Sanjoy Mukherjee, Social Development Expert of CWIS-FSM Support Cell, DPHE, requested full cooperation from the 12 cities to ensure safely managed sanitation for all and stated his confidence in them becoming CWIS mentor cities.

City Mayors are committed to demonstrate the leadership for CWIS